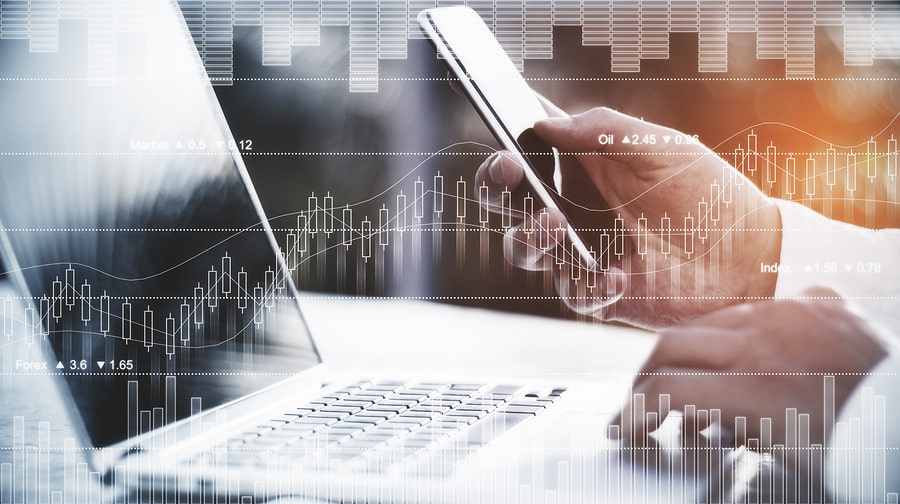 In this post I will be looking at a case study of a trader that I worked with in 2013. The interesting thing about him was that he started as a complete novice.

You will learn what it takes to become profitable, regardless of your starting point. I also want you to have a realistic insight into the path towards profitable trading.

This will help you to stay focused and not give up when you go through drawdown and losing periods. You will see that it is all just part of the game.

We will be looking at the following things throughout this article:

The case study we will be looking at is of a trader called Ryan. I was introduced to Ryan in early 2013 through a mutual friend.

He was looking for ways to start investing his savings and wanted to be actively involved in the process. This led him to exploring the possibility of trading.

My friend was aware that I was a professional trader and so asked if I would meet Ryan to just give him some pointers. I agreed.

He would go on to visit me at my office after hours and we sat for a couple of hours at the trading screens.

He took everything on board and his trading results improved dramatically over the following few months.

Before we go any further it is very important that you have the correct understanding and expectations of this article.

What we will examine is not the end result because Ryan is still working through his own learning process as a trader.

The reason I wanted to pick apart his case study is to highlight the realities of trading profitably. The main lesson here is in the details of Ryan’s track record and trading process.

If you can replicate that process you will be well on your way to becoming a proficient trader. But this alone does not guarantee success.

These pressures often lead to silly mistakes or terrible judgement calls being made. This inevitably leads to money being lost unnecessarily.

It is possible to be a fantastic trader while at the same time being a terrible money manager. This is the distinction that I can hopefully show you through this article.

This is no reason to give up hope or quit the idea of trading for clients. Understanding these nuances is your first step to overcoming them.

The fact that Ryan might end up blowing his account or quitting trading altogether is unrelated to his skills as a trader.

It’s also unrelated to the fact that his performance track record has many hidden gems that you can learn from.

We will be looking at and walking through his verified performance throughout this article. All of this will help you to decide whether professional trading is right for you.

The Secret To Forex Trading Success

The most important thing when trading is that you have a good and clear reason for every trade you take.

This involves studying all of the fundamental analysis available at the time. Once you have a clear picture you can then identify trading opportunities.

It is also vital that you view the market as a living, breathing person. Over time you will understand the way it thinks and reacts in specific scenarios.

This will help you to think and react in line with it and eventually ahead of it. This is one of the core ways that professional traders make money.

Unfortunately, there is no ‘system’ or magical indicator that can do all of the work for you. The only way is dedicated learning and passionate practice.

Ryan implemented all of these principles perfectly and over the six months following our meeting. This resulted in him averaging six percent profit per month.

He had completed the first stage of successful trading. He understood and applied this fundamental thinking to his trading.

He had a clear strategy and clearly knew how to consistently generate pips on a regular basis. The next stage is to convert this into a long term sustainable trading business.

This involves continuing to trade profitably while also generating as many extra incomes as possible. These extra incomes are then re-invested straight into your trading account.

As the balance of the account grows so does the position size on each trade you take. This is done while avoiding overleveraging at any time.

The result is a constantly growing account balance that allows constantly larger position sizes which in turn grow the account faster. It’s a cycle that feeds into itself quite effectively.

After watching his trading for several months I invited him to come and work with me.

The Brutal Realities Of Profitable Trading

At some point in the middle of 2014 Ryan had his first taste of real trading. He was buying the NZD because the RBNZ was in a hiking cycle.

The price had been pulling back but he was confident that they would be hiking again. So he held.

This analysis turned into stubbornness which then turned into hope. The governor of the Bank had stated that they might not need to hike again.

The price dumped further but Ryan held on. He couldn’t let go of the position because the loss would make a big dent in his shiny performance.

As the price kept falling, his draw down reached 50% of his account. He finally puked.

This was a huge lesson.

He called me to let me know what had happened. He was embarrassed and almost ashamed.

I explained that puking was a perfectly normal part of trading and that it would serve him well in the future.

The best thing to do was get back to raking the pips in and forget that it ever happened. At the same time, he should avoid it happening again in the future. Learn from his error.

Ryan had generated such a good return and been so consistent that he believed he was infallible. He held onto his position despite his rational analysis telling him that things had changed.

He had held a position because he didn’t want to take a loss.

This is totally different to holding a long term position based on the overriding fundamentals. It is a fine line but one that can make all the difference.

This fall from grace was shocking to somebody that had literally never had a losing month in almost a year.

Here was someone that personified the process of trading the fundamentals perfectly.

On the one hand, Ryan had the ability to generate pips at will. On the other hand, he was just as exposed to the weaknesses of human emotion as anyone.

In the heat of the moment, it was a disaster. A total failure and a waste of months of his time.

In reality, it was a wonderful position to be in. He had gone from clueless retail trader to a pip making machine that literally never had a losing month when he was trading in the zone.

Imagine if you had this ability tucked away in your locker. If you knew perfectly well how to make pips and could generate months on end of consistent profitability.

Imagine if your only issue was when your psychology occasionally blinded you into taking a large loss on your account.

I believe that this is a dream scenario for basically anyone reading this post. Being in this position makes it very clear what you need to be working on.

Each time you get hammered by the markets you understand exactly what you did wrong. After each time you become doubly focused on not letting it happen again.

This constant process of refinement eventually leads to these episodes becoming less frequent. It also leads to the losses you incur becoming smaller in volume.

You will slowly realise that taking any kind of loss is irrelevant because in the long run your ability to generate pips will eclipse it.

This is the position that trading the fundamentals helps you reach.

How To Recover From Large Losses

Ryan’s process of recovery was actually very simple. He knew how to make pips and had done so for many months. His failure was in his brain.

He took two weeks off from trading and got some fresh air. He then came back and focused on tuning back into the markets.

This is achieved via the analysis of everything that is currently moving the prices.

After a short while you will start to see trades ‘jumping out at you’. This is when you know you are ready to start pushing the button again.

This is simply what Ryan did. I, of course, guided him and gave advice from my own experiences. But a simple period of ‘refocus’ was all that was required.

He went through several periods of large draw down over his first two years of trading. He may even go through more in the future.

But I expect that over time these periods will get far less damaging and frequent.

He has absorbed the appropriate knowledge and turned that into his trading methodology. This is 100% down to him learning and applying the fundamentals.

He is now also well on the way to overcoming the psychological side of trading that can be so exhausting.

When he has complete control over his trading psychology he will undoubtedly generate significant wealth.

A Look at Ryan’s Performance

The image below is a snap shot of Ryan’s real trading account. He started trading with $2000. When he worked with me he re-invested much of his salary into his trading account.

He did this so that he could increase the size of his trades without using any leverage.

After almost two years he had just under $50,000 in his trading account. Most of this has come from his trading as he has consistently generated over 5% per month.

The Path Towards Trading Success

If Ryan continues this rate of un-leveraged growth he will be a multi-millionaire in 5 years. He was just 22 years old when he began trading.

This is not quite the promises of the Instagram gurus but it is real and it is definitely something that anyone can aspire to.

I cannot promise that you will have the same experience. All I’m trying to do is illustrate that Ryan is just a normal every day guy that worked hard to understand and apply the fundamentals.

He understands that there is a psychological battle to face and is working through that battle to improve his results year on year.

If he can achieve this level of trading skill then I believe that virtually anyone else can too.

You Can Do The Same

It all starts with high quality training of the right concepts. Fundamental analysis is the foundation to your trading success. It works. Study it religiously and get to know the markets in depth.

You then need to research and practice and trade. Success will not come overnight, but within weeks you should to start noticing much more consistent results.

This doesn’t mean you will necessarily be profitable but you should definitely see a difference in your results none the less.

Once you master the skill of making pips consistently, the psychological battle really begins. Do not be disheartened by losses of drawdowns. Learn from them and improve yourself.

If you’re a start-up fund manager or even an aspiring one then our community is here to help and support you.

I’d love to hear your own story of how your trading has improved. Please post it in the comments below. It is infinitely more inspirational to other people than you imagine!